A Way in the Wilderness

Bumblebees, hummingbirds, great big Sandhill cranes and tiny goldfinches welcome this visitor to their garden spot. The humans who live here are Hubert and Jacomin. They’ve invited us for an overnight at the Nolalu Eco Centre where they’ve built a wonderful off-grid straw-bale home.
Hubert is also a student at the Centre for Christian Studies with Lynn and he’s travelling with us this last leg of the journey from Kakabeka Falls to Kenora.

One thing that strikes me today – or again today – is the great northern Ontario industry of road building. The quality of the roads is incredible and I realize that in a recession, the great social enterprise of an Ontario government is to build roads – recycling tax dollars into the credit union accounts of road construction crews.

This passage comes to mind:
“As it is written in the book of the words of Isaiah the prophet: "A voice of one calling in the wilderness, 'Prepare the way for the Lord, make a straight highway for him.”  Luke3:4

As I enjoy this great Empire building enterprise, I recall how the Roman Empire’s system of roads were both the way they brought commerce and trade to the far regions of the empire – and how the conquering armies travelled quickly to quell any uprising.  It’s perhaps not surprising that this metaphor for John the Baptist’s “way-making” creates a counterpoint to the Roman empire’s way.

At many points we pass great stone crushing operations. As the Canadian shield is blasted apart to make a greater, wider way for transport trucks, tourists, and commuters, that stone is turned into road. We passed an operation where two great hills were slowly (or in geological time – incredibly quickly) being dismantled. Where once the road would have gone deep into a river valley and back up the other side – that valley has now been filled with a rock passage-way that we now zip across.

The costs of Empire – on our eco-system - are what we’re going to Grassy Narrows to witness. In exchange for our way of life – there are peoples of the land who have paid with physical and mental suffering, with the loss of a way of life, with tragedy and conflict.  And these human costs cannot be extracted from the effects on the Land.

When the stories of Jesus’ birth were told, the prophecies of Isaiah were remembered. Making a way in the wilderness. Lifting the low high and bringing the high low. When Caesar made the way straight through the wilderness for a peace and prosperity – it was at the cost of  the village culture Jesus grew up in – his birth was a sign that another way was remembered and held sacred.

It is this kind of sign I am looking for as we arrive in Kenora today.

Unlike many of the northern communities we’ve passed through, Kenora could easily be mistaken for a southern Ontario mid-sized town. Instead of a straggle of low buildings spread along the highway, Kenora’s got all the major fast food chains and a thriving downtown with historic hotels (that aren’t crumbling), micro-breweries, and a community market. It reminds me of Orillia.
Our Baptist church headquarters are being used by a theatre group this evening, so we gather at the United Church instead. We meet the nine other delegation members and our two leaders Peter and Madeline. Among us are two Americans, one Winnipeger and the rest coming from parts of Ontario.

A pleasant surprise is Meg who I first met at Emmanuel College twenty five years ago. She’s just arrived to serve as a Community Outreach worker with the United Church here.  She offers Lynn and I some lawn at her home on Hilly Lake to pitch our tent. 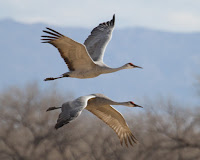 Links that i reccommend

Allan Reeve
Peterborough, Ontario, Canada
They say that curiosity killed the cat, but it's what gets this cat out of bed in the morning and on the hunt.